You are here: Home / News / What is the Season of Creation and this year’s theme Jubilee for the Earth?

This year Catholics across the Archdiocese of Indianapolis will stand alongside thousands of Christians from around the world in this transformative celebration that encourages all Christians to care for our common home.

The Season of Creation is a time to renew our relationship with our Creator and all creation through repenting, repairing, and rejoicing together. The annual season, which runs from September 1 (World Day of Prayer for Care of Creation) through October 4 (Feast of St. Francis, patron saint of ecology), is our time to connect with our Creator on a deeper, more intentional level.

Update: After we wrote this Pope Francis gave a beautiful message for the World Day of Prayer for Care of Creation going in depth on the themes of Jubilee. We suggest you read his message!

Does the word jubilee itself seem at odds with our current reality? As we dove into the theme for the Season of Creation, we understood better the biblical concept of jubilee which underlines that there must exist a just and sustainable balance between social, economic and ecological realities.

The Law of Moses included provisions for the Sabbath. On the seventh day of each week, God’s people were free from the need to produce or consume. The rest was extended to animals, and the land itself, honoring the Creator by allowing creation to rest. Following the seventh, seventh (49th) year, God’s people were to dedicate a year to this ecological, social and economic restorative justice. A Jubilee for the Earth. (See Leviticus, Chapter 25).

What can we concretely do during this jubilee? Amid crises that have shaken our world, we’re awakened to the urgent need to heal our relationships with creation and each other. It is a season of letting our prayer life be inspired be inspired anew. We can live a voluntary and happy frugality by taking new actions in our daily lives. Visit our 2020 Season of Creation page for prayer and action ideas.

History of the Season of Creation

For decades, Christians across the globe have reconciled with our Creator during the annual season.

Ecumenical Patriarch Dimitrios I for the Orthodox proclaimed 1 September as a day of prayer for creation in 1989. In fact, the Orthodox church year starts on that day with a commemoration of how God created the world.

Since then, Anglicans, Lutherans, Evangelicals, and Reformed Christians have embraced the season as part of their annual calendar.

Pope Francis made the Catholic Church’s warm welcoming of the season official in 2015. He used powerful words last year when he invited all Catholics to take part in the ecumenical initiative. “This is the season for letting our prayer be inspired anew by closeness to nature . . . to reflect on our lifestyles . . . for undertaking prophetic actions . . . directing the planet towards life, not death.”

The Vatican leads the way in supporting the Season of Creation. Pope Francis made the Catholic Church’s warm welcoming of the season official in 2015. In 2019, Pope Francis issued the first-ever papal statement on the season. On 24 May 2020, Mons. Duffé of the Vatican’s Dicastery for Promoting Integral Human Development has written a letter inviting
Catholics to take part in the season as part of the Vatican’s Laudato Si’ Special Anniversary Year. On 18 June 2020, the Vatican again encouraged participation in a recent Laudato Si’ document stating that the Season of Creation has, “proven to be a very practical pastoral resource to help the faithful develop an ecological spirituality.” Multiple bishops
conferences have already heeded the call, including CCEE and CELAM. 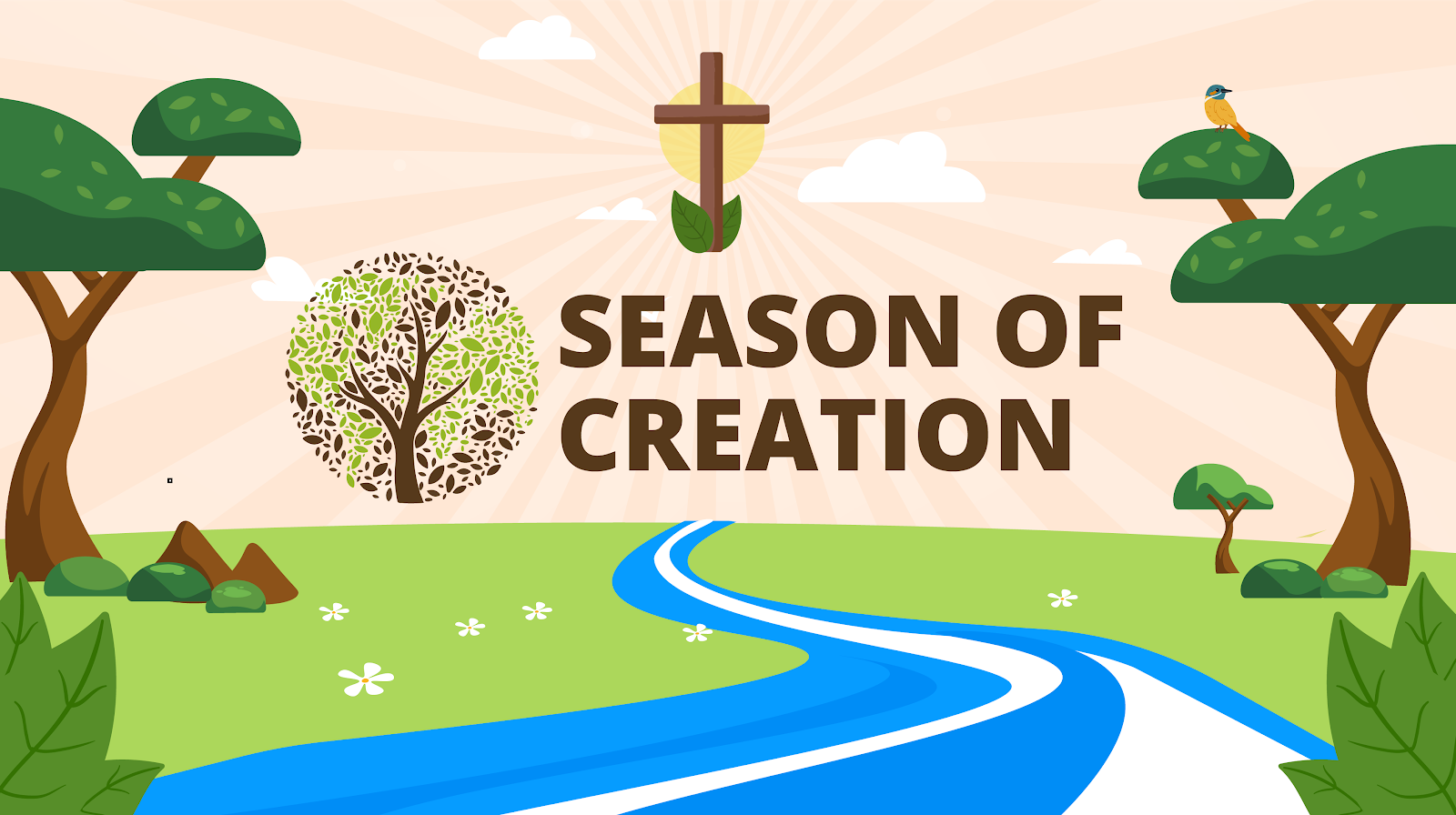 Thanks to Our Supporters

Thanks to the following groups who are supporting our programs!

We send out monthly news and resources, plus a few extra announcements during special times such as the Season of Creation.